March 24, 2021 Update:  Updates regarding detection for associated Black Kingdom ransomware have been added to the article.


March 10, 2021 - We are aware of some reports of the Microsoft Exchange Script flagging certain Trend Micro Deep Security Agent update files as suspicious due to the generic scanning of certain compression. We are attempting to work with Microsoft on this and customers may contact Trend Micro support for further assistance with file verifcation.
On March 2, 2021, Microsoft released a security advisory and emergency Out-of-Band (OOB) patches to address multiple 0-day exploits that appear to have actively attacked on-premises versions of Microsoft Exchange Server.

Researchers believe that these vulnerabilities were used in an attack chain that could gain access to an organization’s network via the compromised Exchange Server; access and extract sensitive information such as contents of entire email mailboxes and address books; as well as conducting further operations such as dumping credentials, manipulate Active Directory, and moving laterally within the environment.

Determining if you are Affected

The Microsoft and CISA advisories have very detailed information on Indicators of Compromise (IOCs) and Tactics, Techniques and Procedures (TTPs) for this attack.

To assist Exchange administrators with investigation of their own servers, the Microsoft Exchange Server team has created a script  that can be run on Exchange servers to scan the logs for IOCs.

Customers who use on-premises versions of Microsoft Exchange Server 2013 and above are highly recommended to either use Microsoft's tool or other similar scripts to validate whether or not they have been affected.

As of March 15, 2021, Microsoft has released a one-click Exchange on-premises mitigation tool as an interim solution for customers who have not applied the formal security patched.

In addition, customers can use certain Trend Micro products to investigate potential compromise.  More information can be found in the Using Trend Micro Products for Investigation section below.


What if Indicators are Found?

As the attacker’s next steps could vary from one organization to the next, Trend Micro encourages a forensics investigation (with in-house personnel or a qualified incident response team) if evidence of the attack is found in a customer’s environment.

First and foremost, it is highly recommended that all customers follow the guidance from Microsoft to patch their affected on-premises Exchange Servers as quickly as possible.

In addition to the vendor patch that should be applied, Trend Micro has released some supplementary rules and filters that can help provide protection and detection of malicious components associated with this attack for Exchange Servers that have not already been compromised or against further attempted attacks.

Microsoft has also provided some manual mitigation steps for customers that cannot yet patch that can be used in conjunction with some of the Trend Micro preventative technology below.


The following highlights several post-exploitation detections and remediation rules, filters, patterns and technology that can be used by customers to investigate and help with potential remediation in a customer’s environment.

Indicators for HAFNIUM and the associated Microsoft Exchange Server vulnerabilities are now included in the Threat Intelligence Sweeping function of Trend Micro Vision One.  Customers who have this enabled will now have the presence of the IOCs related to these threats added to their daily telemetry scans.

In addition to the Threat Intelligence Sweeping function, Trend Micro Vision One customers can also leverage the powerful the Search App function to run a Data Mapping query for Endpoint Activity Data to look for evidence of compromise using the detailed IOC information from Microsoft.

Please note that with all the following searches, you can narrow the search to specific Exchange server(s) by using the following commands:

Looking for child processes of c:\windows\system32\inetsrv\w3wp.exe (any or cmd.exe in particular)
Search Method: EndPoint Activity Data The following queries will also work: 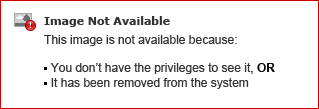 Searching for attacker potential use of 7-zip for exfiltration on Exchange servers
Search Method:  General
Looking for credential dump activity on Exchange servers
In addition to using the Search App, administrators can use the go into the Observed Attack Techniques section of the Trend Micro Vision One console and type dump into the filter. To narrow the scope, you can also add the specific exchange server name in the Endpoint name box to narrow the search.

Detailed information on the Search App, including query syntax and data mapping can be found in Trend Micro’s Online Help Center and additional queries will be updated in this article.

The following rule is a post-exploitation rule that can help detect known web shells used by attackers per Microsoft’s advisory: Please note, that this rule establishes a baseline and then alerts of changes later – therefore depending on when the rule itself was deployed it could provide different data points. If deployed prior to compromise, it can help alert to potential changes and detection. However, even if the rule is deployed post-exploitation, there is still important data such as the list of monitored files in the directories available via the baseline viewer.


The following rules, filters and patterns can help customers to protect themselves against new or further exploitation attempts in combination with patching and/or other manual mitigation steps.

Currently known malicious detections for associated web shells, malicious tools and other files: Trend Micro also has protection against the recently reported "DEARCRY" ransomware that is being reported to utilize these exploit - detected as Ransom.Win32.DEARCRY.THCABBA.

"Black Kingdom" ransomware that is now widely being reported to be associated with these exploits are being detected by Trend Micro as Ransom.Win64.BLACKKINGDOM.B.

Trend Micro is continuing to aggressively investigate other forms of detection and protection to assist our customers, but we do want to continue to reiterate that the primary recommendation is to apply the official Microsoft patches as soon as possible. We will continue to update this article and our customers if/when additional layers of protection become available.