In the June 2021 Microsoft security patch release, included was a patch for CVE-2021-1675, a Windows print spooler vulnerability.  Additional information was released about this vulnerability, including the fact that there it could be remotely exploited, and has been dubbed "PrinterNightmare" by various outlets.


First and foremost, the first line of protection against this vulnerability is to ensure that all affected systems are patched with Microsoft's latest security updates and mitigation strategies from the vendor.  This continues to be the primary recommendation for protection against any exploit that that may arise from these vulnerabilities.


To assist customers, Trend Micro has created and released some additional layers of protection in the form of rules and filters that may help organizations strengthen their overall security posture, especially in situations where comprehensive patching may take time or is not feasible.

Deep Security and Cloud One - Workload Security, Vulnerability Protection, Apex One Vulnerability Protection (iVP) and Worry-Free Business Security Services Rules Please note that due to the nature of the vulnerability, a valid Windows function/call (AddPrinterDriverEx), these Intrusion Prevention Rules are set to DETECT by default. This is to minimize potential false positives to the IT environment. Trend Micro recommends IT managers review and test these rules in their own IT environment and change to PREVENT (if applicable on their solution) .

Deep Security Log Inspection
Trend Micro is continuing to aggressively look into other forms of detection and protection to assist our customers, but we do want to continue to reiterate that the primary recommendation is to apply the official Microsoft patches as soon as possible. We will continue to update this article and our customers if/when additional layers of protection are found.


The following highlights several post-exploitation detections that can be used by customers to investigate and help with potential remediation in a customer’s environment.

Trend Micro Vision One triggers alerts based on matched detection models and sends the alerts to Workbench. 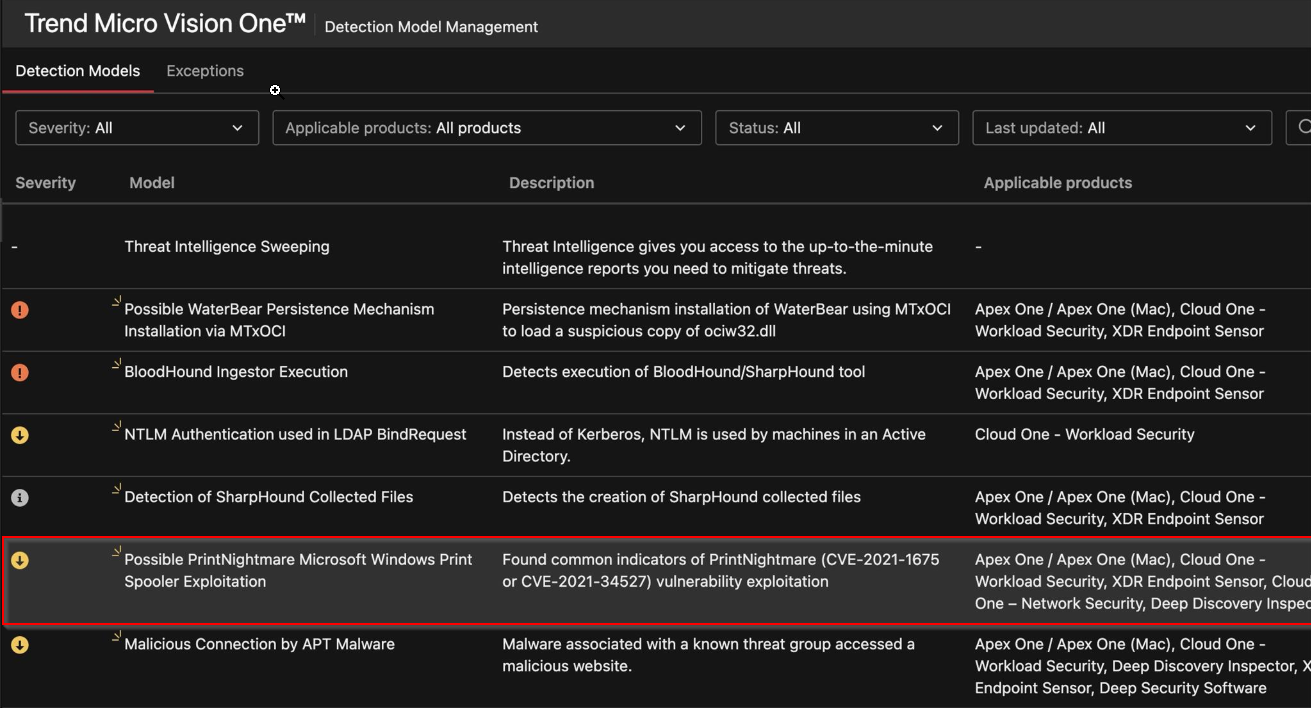 The Zero Trust Risk Insights app allows you to quickly assess the cloud access activities and vulnerabilities related to users and devices and determine how to mitigate the risks found in your network. 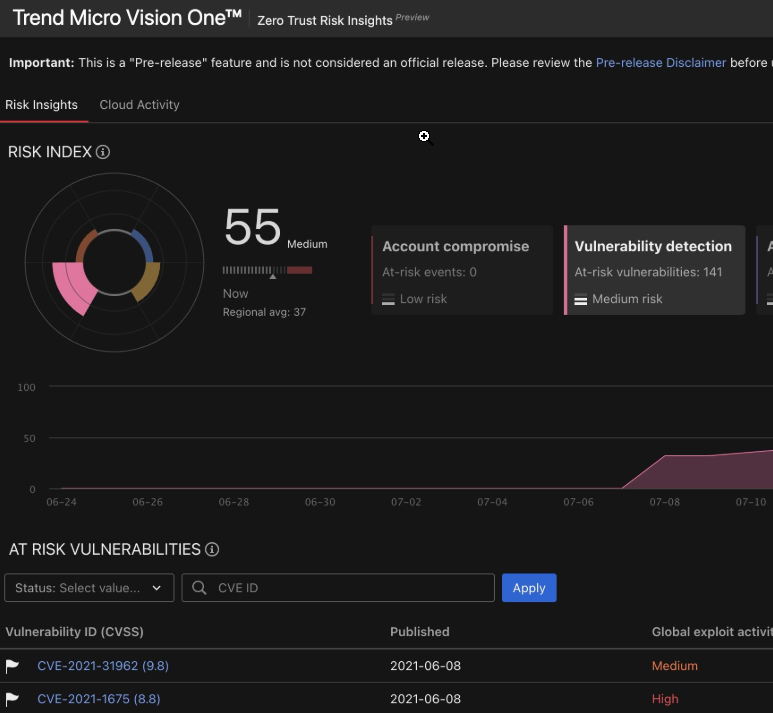