The Predator the Thief malware first appeared in July 2018 and is used to steal usernames, passwords, browser data and the contents of cryptocurrency wallets, as well as take photos using the infected victim's webcam. The malware is commonly sold on underground hacking forums and was also featured as part of a bundle of six different forums of malicious software.

This malware is now delivered through malspam with attachments using fake purchase order documents as lure. It has tricks to avoid detection and analysis by using shellcode to effectively detect debuggers and sandboxes. It uses legitimate AutoIt software to execute payload of the malware. The AutoIt is a scripting language intended to automate basic tasks in Windows graphical user interface (GUI). The gathered information is packed and sent to the command and control (C&C) server of the malware attackers. The data package is sent via Hypertext Transfer Protocol (HTTP) POST requests, alongside fingerprint data and sensitive network configurations.

This malware gathers the following data and sends it to its servers: 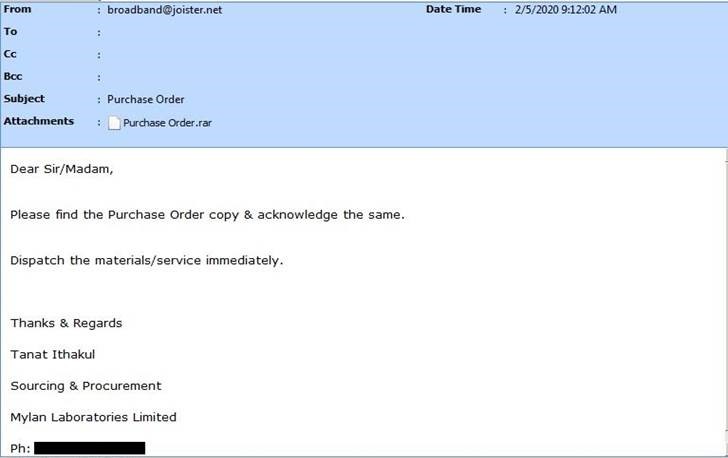