TMSL TXOne Edition stops working after running a scan with TMPS, then it reboots. When this happens, the TMSL Service remains stopped and you may get an error message stating that the service is not running. 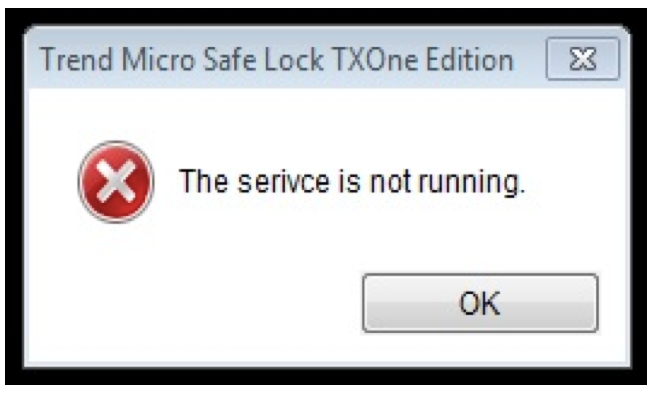 "The service is not running"