BitPaymer Malware was used to target medical institutions via remote desktop protocol and other email-related techniques, momentarily shutting down routine services for a high ransom. Security researchers later published evidence that not only was DRIDEX dropping BitPaymer, but that it also came from the same cybercriminal group.

Trend Micro has a detailed article describing the execution chain of these malware. 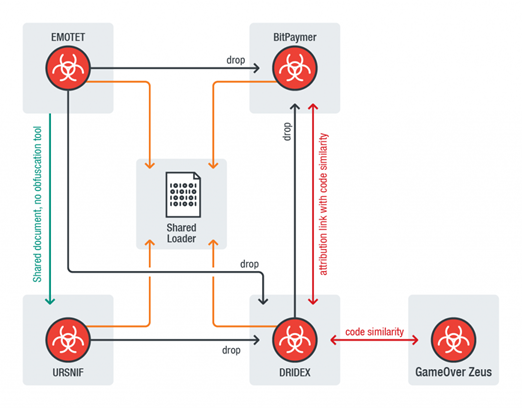 Malware routine can be found on the following virus report:

Make sure that your product software is patched and up to date. Please refer to these KB articles:

Trend Micro Endpoint Product using best practice should be able to detect and clean this malware. Refer to the KB article, Best practices in configuring OfficeScan (OSCE) for malware protection, for more information.

For machines that are isolated or without agents installed, you can use ATTK online Clean Tool to clean the infected machine.