WORM_QAKBOT or QAKBOT is a multi-component threat that remains prevalent since its first emergence in 2007. It continuously evolved to avoid easy detection on and removal from an infected system. 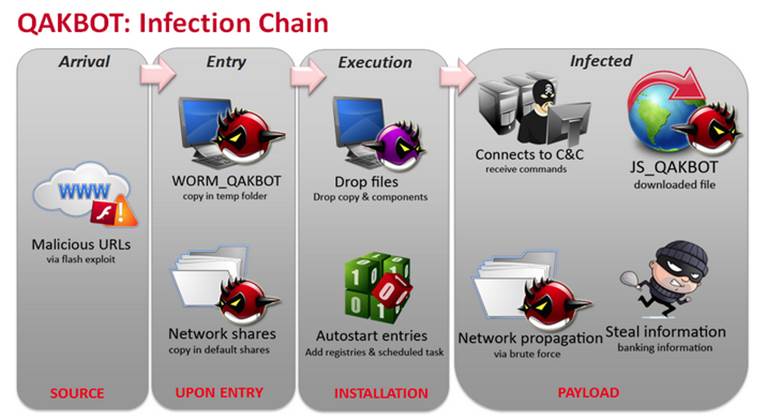 Make sure to always use the latest pattern available to detect the old and new variants of WORM_QAKBOT.
Details
Public

*Refer to the Product Administrator’s Guide on how to enable the Email Reputation or Web Reputation services features.