NYMAIM malware was distributed via Black Hat SEO and Black Hole Exploit Kit (BHEK) in 2013. HTML lock screen was the known behavior during that time. As evolution continued, this malware delivered more torment in 2014 by distributing VAWTRAK, MIUREF, PONY and URSNIF.

In 2015, this menace started to disseminate more banking Trojans with a twist. This version now checks system time via the GetSystemTime function before it continues its routine. This is an anti-analysis technique used to avoid replication of its behavior. 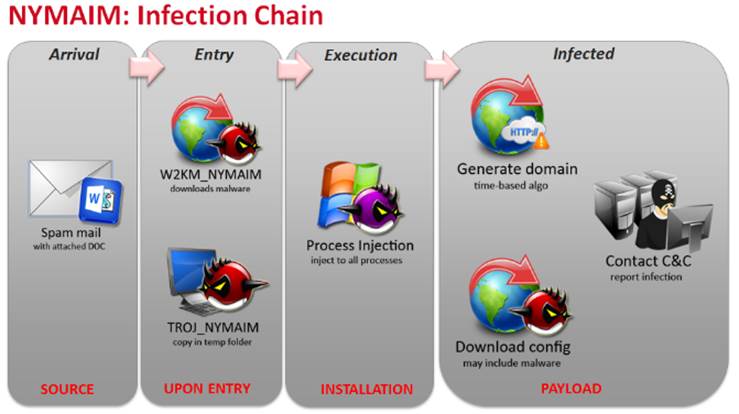 Always use the latest pattern available to detect the old and new variants of TROJ_NYMAIM.
Details
Public

SOLUTION MAP - What should customers do?

Refer to the Product Administrator’s Guide on how to enable the Email Reputation or Web Reputation Services features.