Erebus was first seen on September 2016 via malvertisements and reemerged on February 2017 and used a method that bypasses Windows’ User Account Control. It is worth noting that this ransomware is limited in terms of coverage, and is heavily concentrated in South Korea. While this may indicate that this ransomware attack is targeted, several samples were also submitted from Ukraine and Romania. These submissions can also indicate they were from other security researchers.

Below is the identified behavior of the Erebus Ransomware: 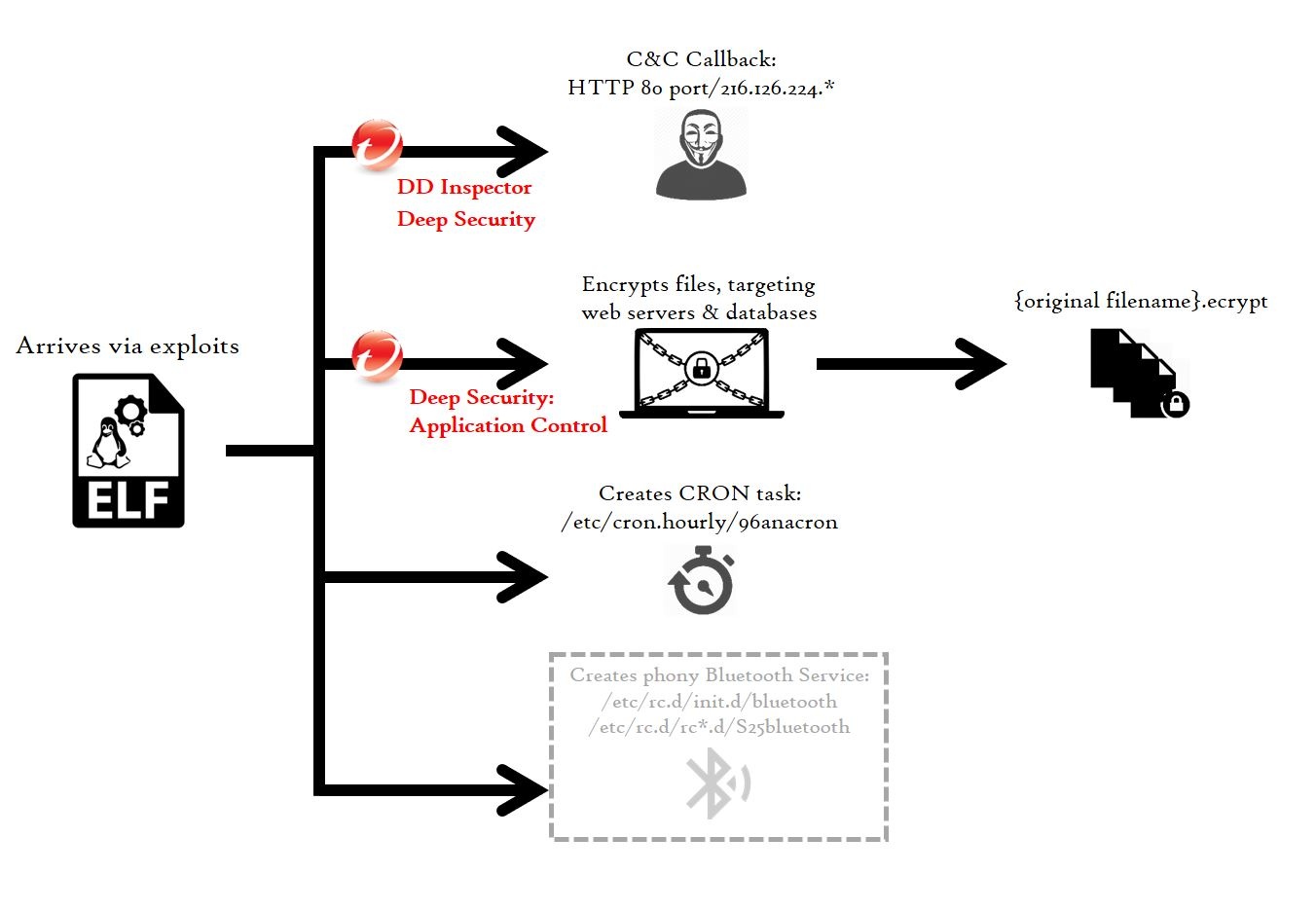 The following are the Indicators-of-Compromise (IOCs):

The impact of ransomware, such as Erebus, to an organization’s operations, and reputation. This highlights the importance of securing the servers, and systems that power an enterprise’s business processes. Additionally, the effect is multiplied if a ransomware also manages to infect not only endpoints but also servers/networks. Here are some best practices that IT/system administrators and information security professionals can adopt to strengthen the security posture of their servers and systems: