The issue happens on the following environment:

Below is a sample scenario:

Starting from Deep Security 11.0 U2, the following enhancement is included in the release:

Anti-Malware Scan Engine can be displayed and has the option to enable or disable an Anti-Malware update.

To resolve the issue, upgrade Deep Security Manager version to at least 11.0.249 (U2) or higher version.

After the firmware upgrade, the DSA status of Security Update will be "Up-to-Date" as shown below. 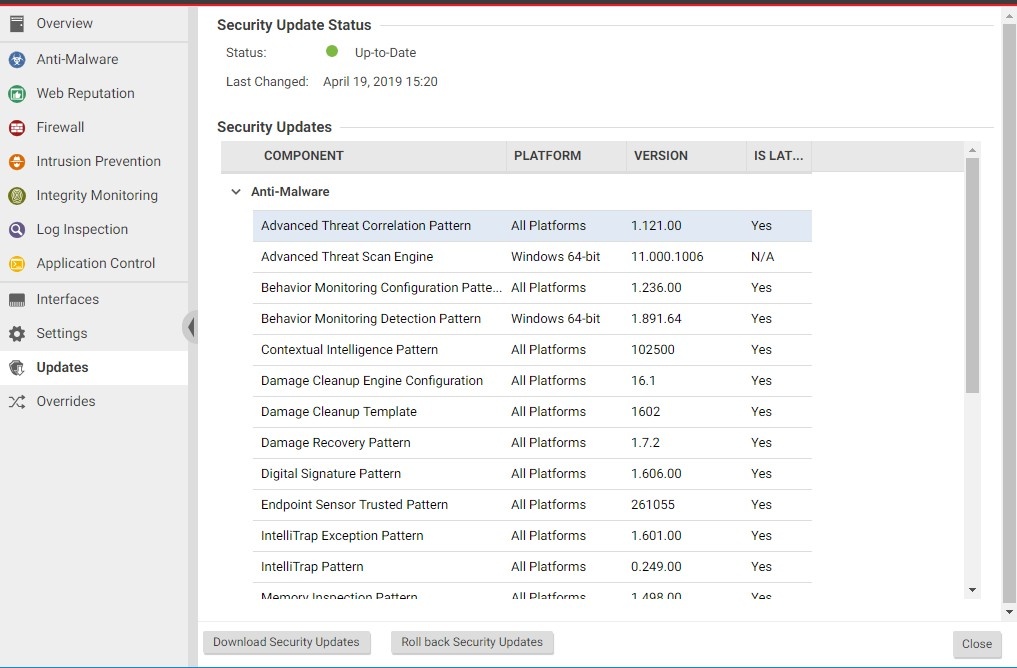